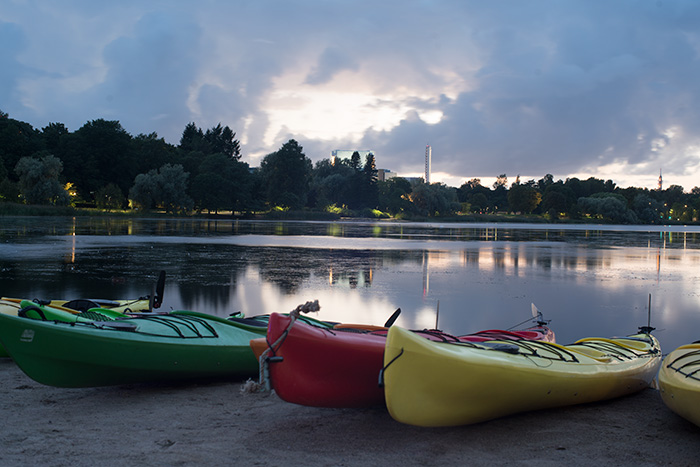 Note: This is just a short, intermediary update. As promised, I’m working on a couple of major comparisons/reviews, and that (as well as my day-job) have been taking up a lot of my time.

The thing is, when you set out to take some comparison shots – comparing several lenses with equal motif and framing but with the whole range of lenses and apertures – that does take some time. Say you have nine lenses to test and each supplies the aperture range of f/1.4 to f/16, and you want to test each full stop, that’s 72 frames, and 8 lens changes. When you further want to avoid high ISO’s, that leads to long(er) exposures.

Yesterday evening I went out to take a series of shots. Knowing that it was the evening, I expected to have to deal with a degree of lighting change during the series of photographs, thus also knowing that the shots would be far from optimal for facilitating real 1-on-1 comparison. Nevertheless, the amount of change (facilitated further by clouds moving in) surprised me. Let me start by sharing two shots – one from the beginning of the series, and the second from the end (Shot in RAW, converted with default ACR settings, resized, saved as JPG).

While I expected some change in lighting, I did not expect this much. Not even close. The change accrued in 16 minutes is a whopping 4 1/2 stops. Moreover the change in ambient lighting changes the character of the entire scene, a difference most clearly pronounced by the kayak’s in the foreground.

So, what conclusion can one draw from this? Two things.

Firstly, if you really want to produce 1:1 comparable test shots, a studio would be perfect. But as I do not really work in a studio (and generally feel only a minority of photographers really do) studio shots are not a way to illustrate a lens’ abilities. Instead, one should focus on those parts of the day, when the environment is least likely to change quickly: An even, dull overcast – while boring – is fine for photographing details (just avoid the sky playing a major part in the frame). So also is a cloudless sky (but beware of the harsh shadows unfiltered sunlight is liable to produce, and do not expect the sky to look interesting). More importantly, avoid dusk and dawn (at least for this kind of shoot). To play safe, take the 2-4 hours around zenith (depending on your latitude and season) and focus your shooting on that time. Or go and shoot between dusk and dawn.

Second, Things may change far faster than you expect. In this case, I was hit at dusk with a cloud bank making an entrance (we had a huge downpour later in the evening), which ruined all comparability in the shots.

And remember, have fun when shooting.

For your benefit, here’s the entire series: All were shot with Sony a7R2 on a tripod, 2s self timer, SteadyShot off, Daylight white balance, ISO 250. All photos shot in RAW, processed with ACR (default settings), resized to 700×467 px and Saved as JPEG (quality:80).

For those who are interested, The shot is taken at Tölö Bay in central Helsinki (Finland) 60.177061 N 24.934628 E. The kayak rental at the foreground is at the southern edge of Tölö Bay, and the shot is roughly towards north (somewhere around 350º). The skyline is made up of trees, with the following exceptions: the National Opera left of the Center, the tower of Helsinki Olympic Stadium right of center, and the TV-tower in the city district of Pasila close to the right edge.