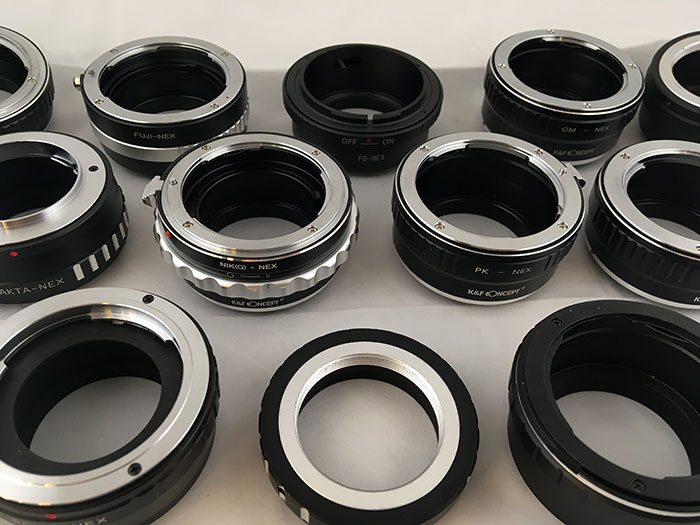 I’ve often referred to the practice of adapting lenses as ‘lens hacking’. In this, I mean by hacking “using of one’s technical knowledge to overcome a problem“. Having grown up in the IT-technical world, if someone told you you are a hacker, that is to be taken as a compliment.

Hacking is not to be confused with ‘cracking’ or ‘security hacking’, and I lay blame on the tech-ignorant mass media for confusing the two. However, this post is not intended to explore why hackers got a bad rep (but if the above was news to you, I suggest you start your personal part of exonerating the term ‘hacker’ for instance here).

The reason I refer to adapting lenses as ‘lens hacking’ is in the fact that incompatible lens mounts are a problem, which one needs some technical knowledge to overcome. Photo-enthusiasts who adapt lenses are hackers in the truest sense, because they utilise their expertise to overcome limitations which – more often than not – exist because of economic, proprietary, even parochial reasons (you can read more about that here). When adapting incompatible lenses, lens hackers often do it out of the sheer joy of experimentation (another classic hacker trait), but often also as a way to stick it to the Man (With the Man in this case being the camera giants).

True, adapting lenses does not always necessitate copious amounts of technical know-how – often you’ll manage simply by buying a ready-made adapter (and an entire industry has sprung up to supply us with those), but even then you’re being a hacker in spirit.

But one day, you’ll start thinking about why different adapters are of different depth, or hit a snag which you can’t explain, or sit there with a lens in one hand and a camera in the other, and think to yourself “I wonder why there is no adapter to fit these. Could I make one?”.

That is the day when you will start to want to gain more knowledge about lens hacking, which hacks work, and why some hacks don’t (and probably never will).

I do not pretend to be the lens hacking guru. In fact, considering I’ve not yet printed my own adapter, there are many more advanced lens hackers out there, but I do know a fair bit, and I like to share my tricks-of-the-trade (another venerable hacker trait). To that end, I’ve written an article about some (most?) practicalities of lens hacking, in which I address the lens hacker’s tools: the ready fixes they have been gifted by other hackers, and the hacker’s own knowledge. This article intends to contribute to the later.

While the article contains some fairly basic stuff, it also goes into some of the (optical/physical) reasons behind why some tricks work, and why others can’t. In any case, enjoy.